New to the Archaeologist’s Tool Kit: The Drone 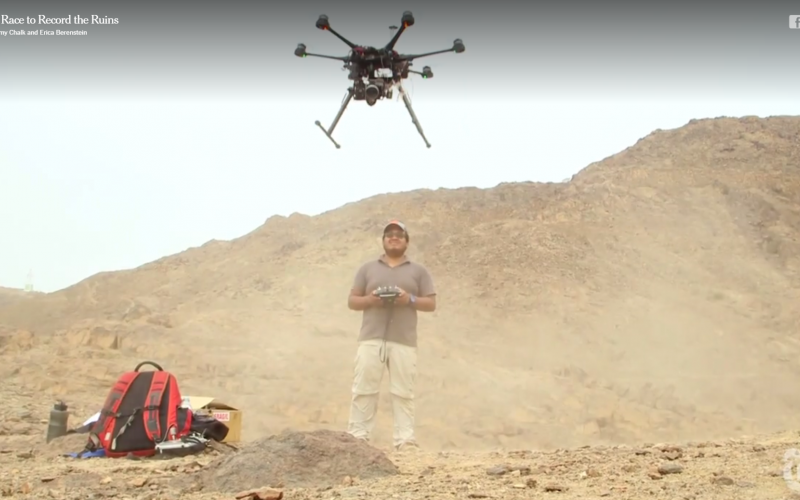 CHEPÉN, Peru — A small remote-controlled helicopter buzzed over ancient hilltop ruins here, snapping hundreds of photographs. Below, stone walls built more than a thousand years ago by the Moche civilization gave way to a grid of adobe walls put up only recently by what officials said were land speculators.

“This site is threatened on every side,” said Luis Jaime Castillo Butters, Peru’s vice minister of cultural heritage as he piloted the drone aircraft.

Archaeologists around the world, who have long relied on the classic tools of their profession, like the trowel and the plumb bob, are now turning to the modern technology of drones to defend and explore endangered sites. And perhaps nowhere is the shift happening as swiftly as in Peru, where Dr. Castillo has created a drone air force to map, monitor and safeguard his country’s ancient treasures.

Drones mark “a before and after in archaeology,” said Dr. Castillo, who is also a prominent archaeologist and one of a dozen experts who will outline the use of drones at a conference in San Francisco next year. [Leer más]

New to the Archaeologist’s Tool Kit: The Drone